Note: Neopets Mobile service was discontinued permanently on June 30th 2009. Currently, Lutari Island is being pummeled by a huge storm, making it even more inaccessible.

Lutari Island was a special island in Neopia that could be unlocked by purchasing Neopets Mobile service. You could feed and play with your pets, as well as access special Island-only areas of the site. It included it's own shop, a healing springs, bank, it's own wheel, and two games exclusive to the Island. Through the island, you could also adopt Kacheeks, Kougras, and Shoyrus, as well as Lutaris, which at that time could only be adopted from the island.

In order to access Lutari Island, you needed to have purchased Neopets Mobile either via your service provider, or directly through the Neopets main website. It was added as a paid subscription app, costing $2.99 per month for as long as you kept the service. It was only ever available to residents of the United States, and used mobile data to connect to the Island.

Through this menu, you could adopt a pet, and use items from your inventory to play with, groom, feed, and care for your pets.

View the map of the island and all its various locations.

Syncs all of your items, pet info, and NP to your Neopets account from the Island.

When first entering, it will ask you if you want a tour of the island. You can do it if you like, or explore it yourself

This wheel was exclusive to Lutari Island. It could be spun every 30 minutes and rewards included Neopoints, exclusive items, mood boosts for your pet, and healing, while negative outcomes included losing your petpet attached to your pet or hit points. There were 11 different spots on the wheel as follows:

The bog functioned much like the Meridell Rubbish Dump. Various characters around Neopia would donate items to the Bog which users could then take. Players were limited to taking one item every hour, and the prize received was random. In addition to receiving Neopoints as a prize (either 50, 100, 250, 500, or 1,000), the items available at the Bog consisted of the following:

Essentially a New Features page for the Island.

Similar to the Mystery Island Training School and the Secret Ninja Training School, the Survival Academy was a place where you could enroll your pets for training courses. The Academy used the Lutari Feathers available from various Island features as the currency to pay for the courses.

Briana was the air faerie of the Island, who would give out Faerie Quests, much like her kin in Faerieland. In addition to awarding pet stats, Briana's quests also had the chance of granting the following items as rewards:

Like the Healing Springs, pets could visit the Flourescent Pools to be healed once every 5 minutes. Unlike the regular Healing Springs in Faerieland, the Pools didn't have a shop or give out potions.

The market on Lutari Island sold a selection of Island-exclusive and non-exclusive items, where users were able to purchase a maximum of 3 items per hour. The complete stock of the Island Market was as follows:

NOTE - If you don't like what's selling at the market, switch pets! This changes the inventory so you can buy what you want!

If you've played Turmac Roll, this will be remeniscent of it.

A Teris-based game, the goal here was to get groups of three vertical blocks.

Difficulty level changes how many colors you have at start.

The Lutari Talisman holds the Lutari Beads that you earn. Users would receive one bead for signing up for the Neopets Mobile service, as well as beads for referrals, and they could also be earned from random events. Different colours of beads have different effects once you add them to your Talisman. Once you add a bead to your Talisman, they cannot be removed, so be sure before you add it. Though they are still avtive and can occasionally be found around Neopia in user shops, trades, and auctions, they are becoming more rare, and therefore expensive, since the mobile service was discontinued. The more of a certain colour bead you have, the more of a reward you get. The available beads and their effects are as follows:

It was never discovered the precise effect of the Blue and Yellow beads. Theories ranged that they increased the frequency of Random Events, Faerie Quests, and chances of getting random avatars from games or site features.

Though Lutari Island is currently unaccessible, a kind user was nice enough to send us a picture of what the Island looked like when it was open: 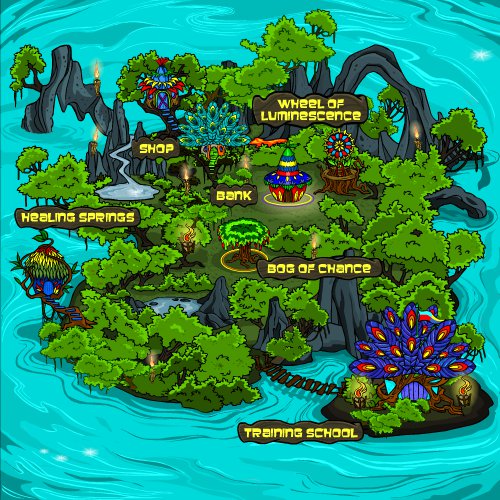 Thanks to JordanPwnsPaige for sending us the image! 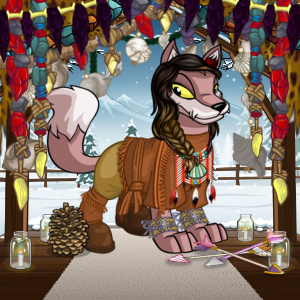 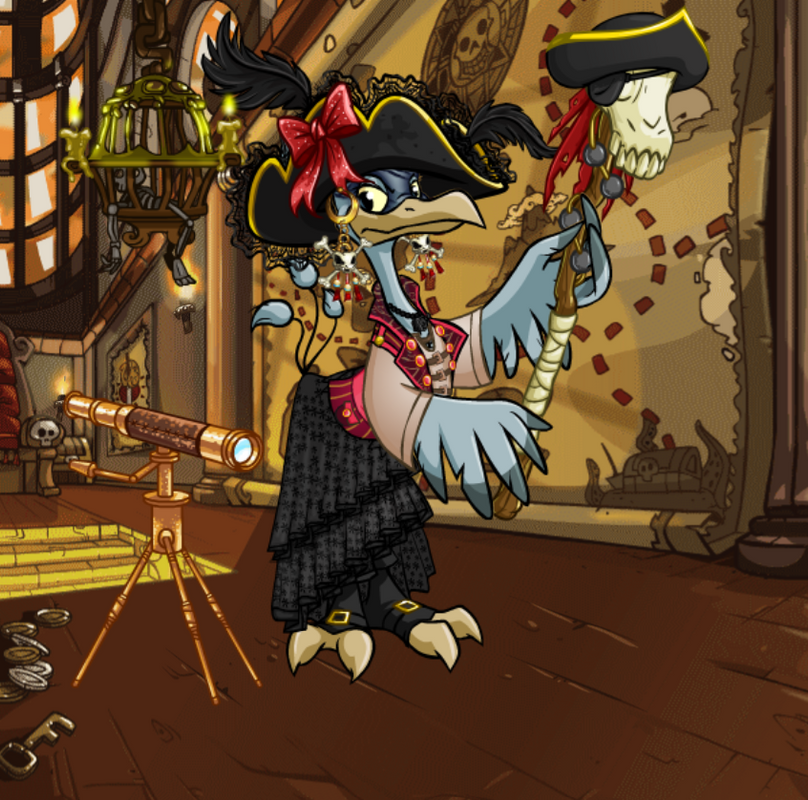 Winning entries for "Girl Power"!
Voting has started!
Click here to vote for your favourite entries!