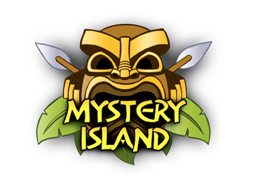 This was one of TNT's earlier plots, and was purely a puzzle. There were no comics or real story to follow and you had to figure out each part before moving on to the next. The trouble started when the Tiki Tack was kidnapped from his Tombola stand, no one knew what was happening as even more Mystery Island natives started to go missing. Next went the Techo Master, followed by the Island Mystic, the Tiki Tour Guide, and Jhuidah. Throughout these disappearances players found various clues, especially in the source codes of the pages as to where to look and what to do next.

Meanwhile, players were lead to the Mystery Island volcano which was continually blocked off at different places by the Fire Faerie who was supposedly sent there by Queen Fyora. Now it was up to players to find and free the five captured citizens and find out who was causing all the mayhem. Throughout more complicated puzzles, players eventually freed all the captured citizens and made it into the volcano at last where they found the fire faerie muttering odd incantations and after adding one of your own, a giant Moltenore leaps out of the magma and after taking care of the Fire Faerie, starts to look towards you.

Suddenly, when you thought all was lost, an evil shaman appears, it was he who had been working to awaken the Moltenore and had been capturing the various citizens of Mystery Island, but how to stop his destroying the rest of Mystery Island. To do this players had to take clues from the Island Mystic and make their own incantation (begoneevilshamanofdarkness) in order to destroy the evil Shaman.

The prizes were mainly Mystery Island type items, but it is unknown exactly what they were. We do know that two of the prizes were the Greater Tiki Amulet and the Fruit Bomb. There were also a number of trophies awarded:

If you have any more info on this, feel free to contact us.

All of these avatars are obviously retired now and quite rare. Check out our avatar section for more info. There were three avatars you could have received from participating in this plot, they were:

Finish the plot within the top 100.