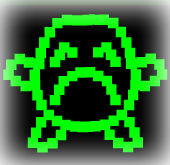 Deep within the bowels of the Virtupets Space Station, a computer monitor suddenly flickers to life. It seems to be able to think for itself... that can't be good. Back in Neopia, two Usul siblings, Billy and Sarah, have just won themselves a week long vacation at Virtupets Space Station for their amazing performance at the game show, Better Than You. At the space station, Sarah and Billy meet Karai and Helena, a pink Gelert and a green Kyrii and quickly become friends. One day as they are riding a Virtulift (elevator) it suddenly plunges down through the mysterious basement floors of the Space Station, Billy presses the emergency button, but the lift remains stuck.

Meanwhile, the computer program, also known as Neopet V2 was watching what was going on around the Space Station, it came upon Billy, Sarah, and their friends and wondered what it would be like if it had friends, maybe they would be its friends. He continued to watch them through security cameras until they entered a Virtulift alone, then it seized its chance. Down in the lift, a monitor on the side suddenly flickers to life, Neopet V2 tells the kids that it wants to be friends and they will stay in the elevator forever, to play.

Back in Neopia, it has been discovered that the kids are trapped by a mysterious computer program in the Space Station so a plea is sent out to Dr. Sloth, the creator of the Space Station, for help. He refused to shut down the program himself, but told players that 10 codes were needed in order to shut down the program and they needed to be entered into the deactivation console, which was of course also hidden. They codes were only known by four programmers that worked on Neopet V2, they each knew two codes each with the last codes hidden within the program itself. Sloth then sat back to watch Neopians everywhere scramble to save the four friends.

Freeing the friends required following a path of difficult puzzles throughout Neopia finding all the deactivation codes and the programmers, a classic puzzle plot. Luckily, with only a few hours left before the air ran out, the program was deactivated and the friends were set free, thankful to all of Neopia and everyone who helped them.

Prizes for taking part into this plot were various Space items, more valuable the more of the plot you completed.

Winning entry for "Mynci Mayhem"!
Voting has started!
Click here to vote for your favourite entries!