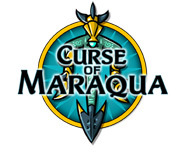 This whole plot is based around Garin, a pirate and captain of the Black Pawkeet. Garin and his crew lived a carefree life of sailing, plundering, and other pirate like activities until one day they decided to rob a wedding. This did not go over well with Captain Scarblade, master of Neopia's five seas, who then decides to seek revenge on the Black Pawkeet and its crew. When Captain Scarblade and his ship The Revenge, catch up with the Black Pawkeet, a fight breaks loose and Garin gets knocked out and falls into the depths of the ocean.

Meanwhile, in the depths of the sea, Isca, a Maraquan Aisha, had been having visions of disasters in her sleep that always seemed to come true. King Kelpbeard, the ruler of Maraqua, believed that Isca was not just having visions of the disasters, but causing them too and so he exiled her and sent her out of Maraqua. Isca then had a vision and seeing that Garin was in trouble, decided to go to the surface of the sea, breaking the Maraquan law not to "mingle with the surface folk" to save him. She then takes Garin down to Maraqua and shows him the magnificent city.

After Garin has returned to the surface from Maraqua, Isca has another vision, this time of Garin's friend Jacques who was captured and taken prisoner by the three witch sisters of the sea, otherwise known as The Drenched when the Black Pawkeet was attacked. She rushes back to the surface to find Garin and tell him what has happened. Together, they swim down to the caves occupied by The Drenched and save Jacques. After this, Garin and Jacques promise Isca that they will help her defend Maraqua against new dangers that she sees in her visions.

Back on the Revenge, Captain Scarblade has been planning his final revenge on The Black Pawkeet and the city of Maraqua and has finally set his plan in action, starting to invade Maraqua. Now, it was up to players to either join the Maraquan Army or the Pirate Crew and fight for their side. You could either take the part of a Maraquan/Pirate Warrior or a Maraquan/Pirate Supporter. The warriors were for Battledome geared people and involved battling increasingly hard waves of opponents (listed below) while the supporters were for non Battledome geared people and involved playing games and collecting items to trade in for points.

After all the waves of enemies had been fought and the bosses beaten, it was time to collect your trophies and prizes. Below is a list of all the trophies you could receive and the number of points you needed to receive it.

In addition to the trophies that you receive automatically, you can also trade in your points for various prizes. The warrior prizes are more geared towards Battledome items and the supporter prizes are more geared towards other items, such as Petpets. They are listed below. Also, the Maraquan layout was available to everyone who participated, check out our guide for more info on it.

There were four avatars released after the war ended. You could receive one depending on whether you were a Supporter or Warrior and which side you were on. 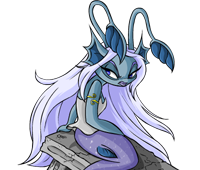 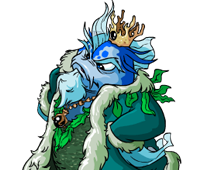