Ever heard of Kiss the Mortog or Double or Nothing in Meridell? Well, Scamander Swarm (in the Lost Desert) is essentially a cross between those two games - but you don't have to kiss anything.

For Scamander Swarm, all you have to use is your mouse, your luck, and your patience. Once you start a new game, click on the door you would like to "bet on", and click Start Round. Remember that each game costs 25 neopoints. A multitude (or should I say a swarm) of Scamanders will start in the middle of the screen. Within a second or two, they all separate and start "running" in all directions. Eventually, each one will end in a numbered door, but only the red Scamander counts for your bet. If it ends in the door that you bet on, your wager (starting with 25 neopoints, etc.) are multiplied (doubled in the first round, tripled in the second, etc.). If it ends in a different door, you lose your wager. Here is an example of the first round (so there are only two doors): 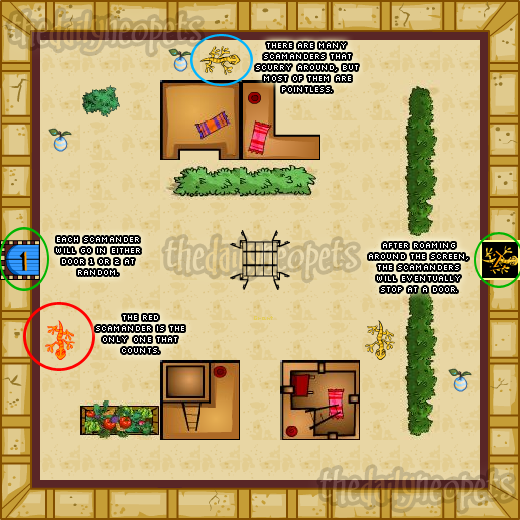 Here is an example of what happens when you select the "wrong" door. I lost all the neopoints in my wager (in this case 25, since this was the first round). 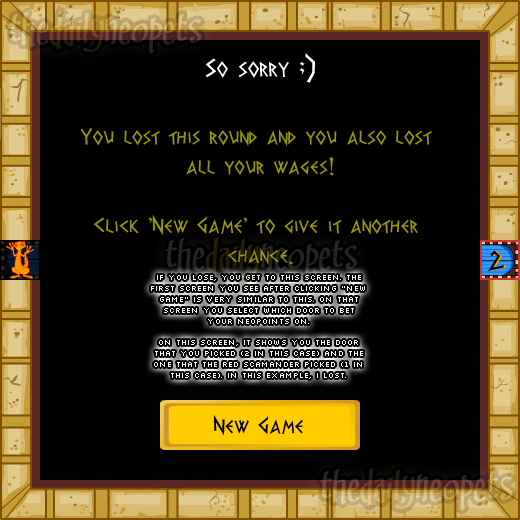 If you win a round, you get to this screen. As mentioned earlier, your neopoints are multiplied depending on which round you won. I won the second round, so my wager (in this case 100 neopoints) was tripled. We'll get to Fruit Bonuses later. 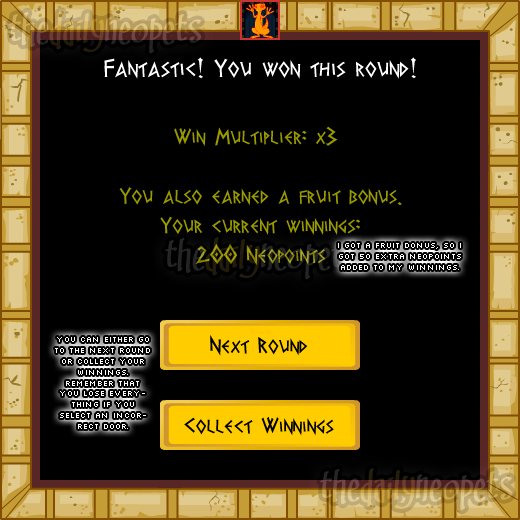 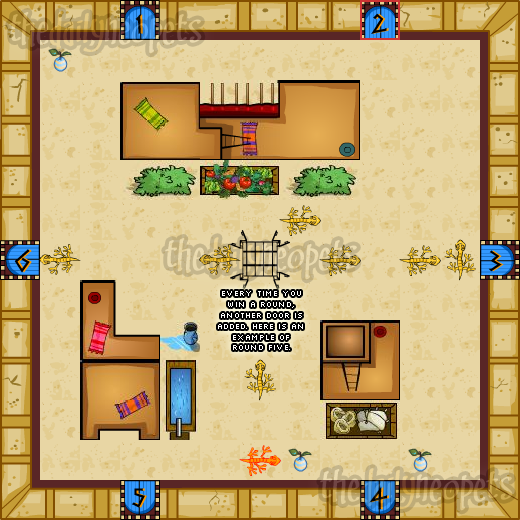 Another element of luck in this game is found in fruit bonuses. At random, a Scamander may eat a Tchea fruit when it passes one by. This does nothing if a regular Scamander eats one, but if the red one does, you get fifty neopoints added to your wager (like in one of the images above). This may not sound like a lot, but the neopoints are added before the multiplier, so if you win the second round, for instance, with a fruit bonus, you're basically doubling your winnings. However, this is completely random and is not necessarily common. It all comes down to luck. 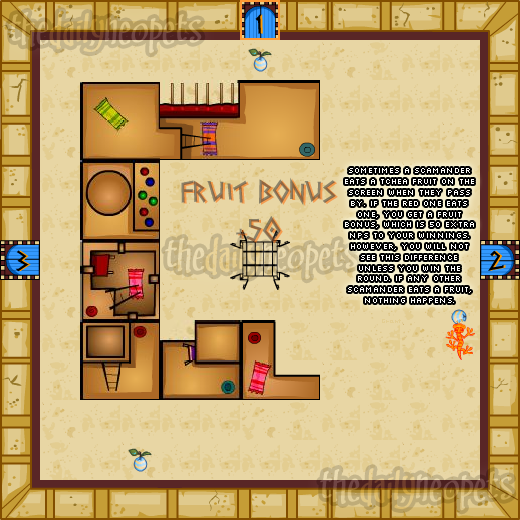 This is not necessarily a tip or a trick, but out of 20 games that I played, 18 of them ended in the Scamander selecting door 1 in the first round. This may be of no significance since it may just be a coincidence, but there may be a higher chance of door 1 winning in the first round. Don't take my word for it, though. (In other words, don't get an angry mob to attack me if you lose by choosing door 1. =P)

A little easter egg in this game is, of course, a TPOSG (The Phantom Orange Shirt Guy, aka Ollie) appearance. Clicking on the Scamander's eye, as shown below, gets Ollie to show up on the main screen. This does nothing, but it's still kind of fun, don't you think? 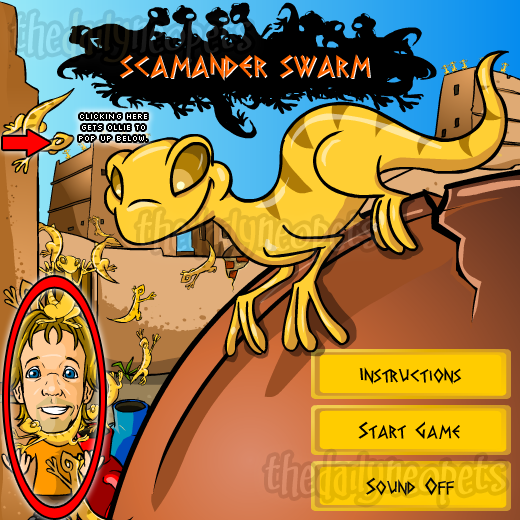 Again, if you know when to stop, you can earn a lot of neopoints in this game. One time I earned 3000 neopoints just by winning round four. If you lose, you can probably make back your losses with a few good guesses - if you're lucky.