In this game you control an Elephante and her adorable petpet Puppyblew! Your goal is to make the Elephante shoot a peanut from her trunk and then have the Puppyblew catch it before a meddlesome Crokabek can interfere. Of course, it's not as simple as just running after the peanut - you'll have to avoid obstacles along the way, or else the Puppyblew will be hurt and will run more slowly.

First things first: shooting the peanut. To control the Elephante, you will press the left and right arrow keys as quickly as you can to build up power. The color of the Elephante's face indicates how much power you've built up - the redder she is, the farther that peanut will fly! Press the up key to make the Elephante release the peanut. 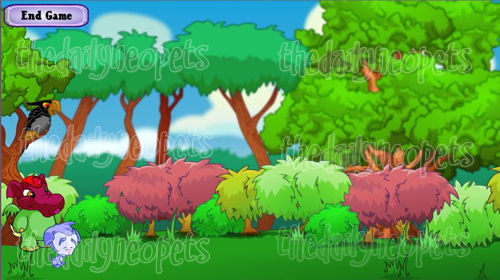 The main obstacles you will come across are logs and small holes in the ground. Some holes have water in them, some are empty, and every once in a while you'll see Meuka hanging out in one of them! If you run into one of these obstacles, the Puppyblew will get hurt and have to slow down, so be sure to jump over them! The exception is the holes with the Meukas. A user submitted tip suggests that you run over the Meukas rather than jumping over them. They should not hurt your Puppyblew, and in the next round, your Elephante should "sneeze when firing the peanut, making it go farther, and giving you an opportunity to get more points over the extra distance. To earn extra points when jumping, you can perform any one of these fancy jump combos: 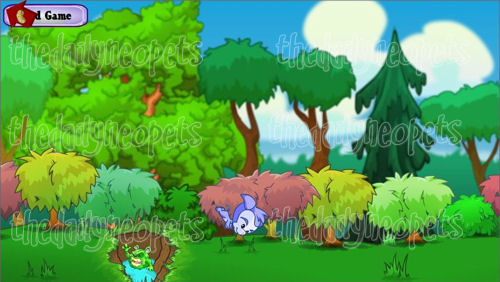 Occasionally you will see an Elephante laying on the ground. This Elephante isn't necessarily an obstacle. If you run over or jump on top of the Elephante, it will act as a spring and make you fly forward very fast. You may need to slow down once you land so you are closer to your peanut again. 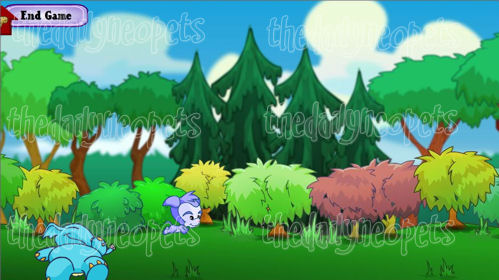 When building up power to shoot the peanut, you need to push the left and right arrows very very fast. You may find it easier to use different hands for each key. Keep trying different approaches 'til you find one that works well for you. Remember, the brighter red the Elephante's face, the farther the peanut goes, which ultimately means more points for you.

Combo jumps are key to getting a high score in this game. Try using as many of the combos as you can, particularly the double flips since they give you the most bonus points. All you have to do is to tap your left and right arrow keys until you see an obstacle, and then hit your up arrow key to jump over it! 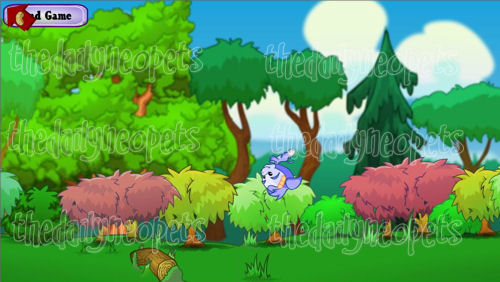 Be sure to keep track of where your peanut is. You don't want to get too far behind or too far ahead of it. Try to stay directly under the peanut, so it will be easier to catch once it starts to fall down. If you do a quick jump while the peanut is falling, you will usually catch it right away in the middle of your jump. It may not look like you have caught the peanut, but a message will come up saying that you have.

This game hasn't changed much since its creation way back in Ye Olden Days. The jump combos have changed a bit, and the graphics are much better, but the heart of the game is still the same. Practice makes perfect, as with any game! So stretch your fingers, gear up, and get ready to race that Crokabek for the peanut!