Trudy the Ixi was taking a walk when she discovered a hidden slot machine in Neopia. She nervously hit the PLAY button and the machine begin to spin. To her delight, it spit out a few neopoints once it stopped spinning.

Trudy returned to the slot machine every day and noticed the machine rewarded her a larger amount of neopoints as she continued to spin. On the 25th day, Trudy won 100,000 neopoints - she even managed to pick up a Gift Box, which is used to transfer Neocash items.

Excited about this surprise, Trudy wants you to enjoy her discovery - so head into Neopia and play now! 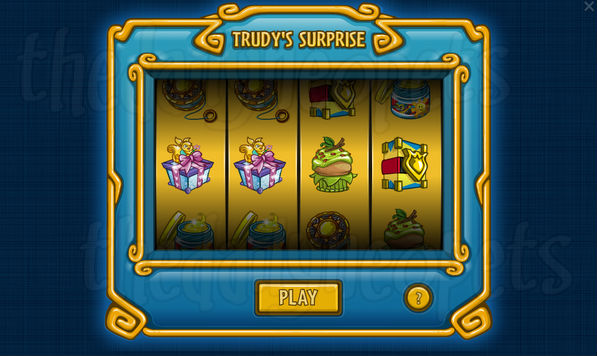 Once the wheel has stopped spinning, your prize will be displayed to you. 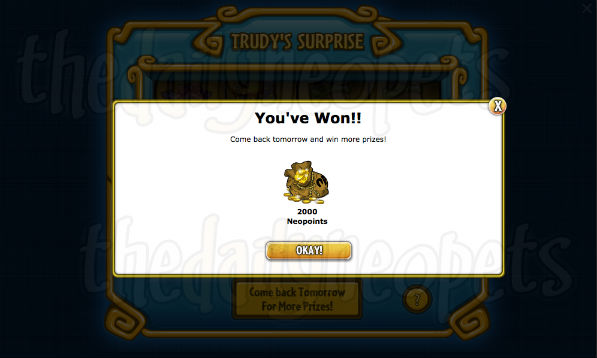 The Terrifyingly Bad Luck Bonus is awarded for having, well, bad luck. If your spin ends with 4 different items in the row, you have the chance of being awarded extra points.

This bonus only shows up once and a while, roughly once per week.

Like with any slot machine, matching symbols resorts in a win! Here is the pay out per day and per matched symbol.

Gift boxes can be won at random, under any winning combination. These gift boxes are used to transfer Neocash Items to different accounts.

In 2018, Trudy's Surprise received an update, which introduced exclusive prizes to be won for every 7th consecutive spin. These prizes are typically available for a short period of time, anywhere from one month to a handful of months.

Take a look at the current prizes Trudy has to offer, or take look at the items she used to have available.

How to Build a Snowman: A Petpets Guide

Beach Essentials for this Summer

Living on the Lake Bed

In addition to the new exlusive prizes, a brand new avatar was also released. You can obtain this avatar on your 25th consecutive spin and being awarded 100,000nps.

A Husband's Work Is Never Done 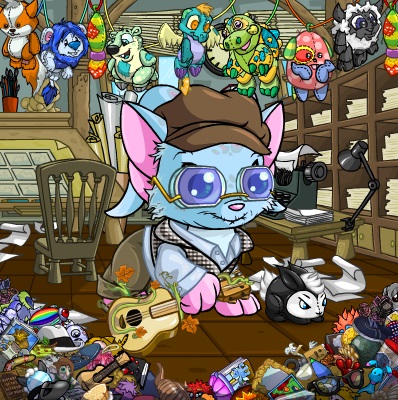 Winning entry for "Charity Corner"!
Voting has started!
Click here to vote for your favourite entries!