is very similar to the Island Mystic. For instance, they're both on Mystery Island. They're both also give out an avatar.

First of all, a haiku is a Japanese style of poetry. A haiku has three lines. The first and third lines have exactly 5 syllables each, and the second line has 7 syllables. Back to the Haiku Generator, every day it "generates" a new haiku. All Neopians see the same haiku on any given day. The haikus don't necessarily make too much sense, but they're still haikus. Here's an example of what he may say:

You may be wondering why there's a zero in the middle of the haiku. This is sort of a glitch in some of the poems. It probably is from the coding, so it's basically just a blank with no word. Totally ignore it while reading the haiku.

Unlike the Island Mystic's avatar, you can get the Rorru avatar simply by refreshing on the Haiku Generator page. (Rorru is the Kougra pictured above. He's in charge of the Haiku Generator.) You could always visit once every day and hope that you get the avatar, but that would probably take awhile. If you want the avatar, just refresh - a LOT. Click on the avatar for more information.

Commonly visit
the Haiku Generator
for the avatar.
Written by Ian
Errors or incorrect info? Contact Us
Welcome to TDN, guest!
Log In • Register

The (Allergic) Guardian of the Forest 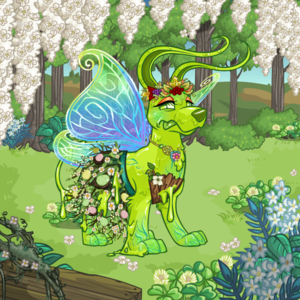 Winning entry for "Allergy Season"!
Voting has started!
Click here to vote for your favourite entries!